Lovely Light Infantry, Flankers or Rifles 1803 pattern officer sword of the Wellington Army.
This is one of the most attractive of British regular swords, the 1803 pattern.

It has a number of little variations in design, most notably to the royal cypher on the knuckle-bow, the lions-head pommel and the use of either a bugle or flaming grenade above the royal crown, denoting use by grenadiers or rifle companies.

This sword has a normal crowned royal cypher GR for King George III.

The Rifles regiments were created to match the french Voltigeurs of the Napoleon Grande Armée. 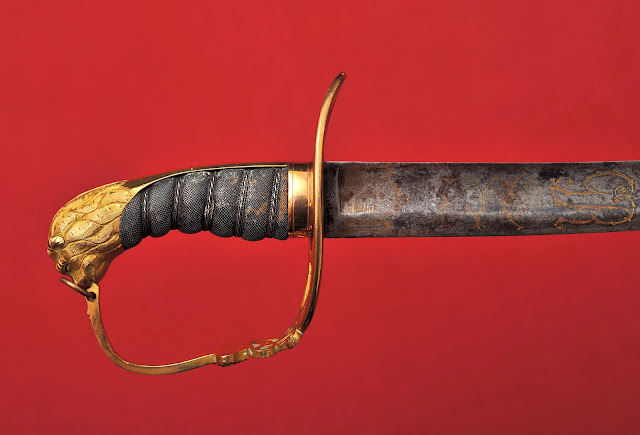 The blade is 33 ½ inches long, 1.38 inches wide for a total weight of 0.785 Kg, with engraving folia designs and “Onni Soit qui Mal y Pense”, the Order of the Garter Motto and "GR" for King George.

The black leather with gilt brass locket, middle band and chape is long gone.
A lot of 1803 sword scabbard have disappeared, may be too fragile due to the curve.

It is the equivalent of our 33 Th Grande Armée Light Infantry Sword for the Wellington Army.


This sabre was introduced to fill an important need amongst British Light Infantry of Rifle Regiments officers who duties took them away from the safety of regular Infantry line formations.

Skirmishing with the enemy as light infantry or riflemen was a very dangerous venture, and these extended formations were vulnerable to being overrun by enemy cavalry.

While the regular pattern 1796 Infantry straight had some cut and thrust functionality to it, it was quite inadequate for the Grenadier, Light Infantry and Rifle officers of the British Army.

In the late 1790s unofficial curved bladed Infantry sabres started popping up in regiments copying the curve sabers used in Light Cavalry.These sabres came in many shapes and sizes and in 1803 the army officials with the board of ordnance took steps to standardize this sabre.

In addition, this pattern was taken up, with a white ivory grip by many mounted regimental field officers because of its usefulness in combat. Even some General officers adopted it instead of the 1796 staff pattern.

This sword pattern even made its way into the Royal Navy. 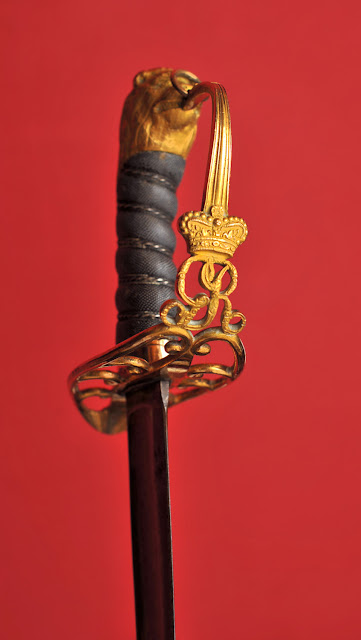 The British Light Infantry rifle regiments were created around 1800 to provide sharpshooters, scouts and skirmishers. They partially derived from units of colonial militia with habits of skirmishing. Beginning of the XVIII century, hiding behind a bush to kill an officer was seen as unfair.

In 1800, an "Experimental Corps of Riflemen" was established under Colonel Coote Manningham and in 1803 this Rifle Corps became 95th Regiment of Foot or Rifle Regiment.
Their role was to act as skirmishers against Napoleon's French armies.  The purpose of the regiment was to have the riflemen working in open order and be able to think for themselves, a method completely unheard of.


Riflemen were provided with dark green uniforms, again unheard of when the standard for British line infantry was wearing the red coat.

The premise being that they would make best use of natural cover, operating in pairs, to harass the enemy with accurately aimed shots as opposed to releasing a mass volley, which was the common way of combat of the day.


Trained to act in teams of two, each defending the other while they re-loaded, they were still vulnerable, especially to cavalry, trained as they were to fight in isolated and dispersed groups rather than as a mass that could present a solid wall of bayonets.

These factors, the time and expense required in training, the limited number of suitable recruits, and the specialised roles and situations where they were most effective meant they were highly prized, given special privileges, and 'husbanded' rather than squandered.
They were, in essence, an élite troop.

The unit's operation was markedly different to that of the line infantry by being 'taught' instead of flogged.
It was not uncommon for riflemen to take part in regular shooting and sporting competitions, to which they would be rewarded for their achievements.
As such, their marksmanship was superior to that of any other regiment, picking off French officers, NCOs, drummers and artillery crew.

As their namesake depicts, the 95th Rifles was the first regiment to be equipped with a rifled weapon - the Baker Rifle, which was named after its creator, the gunsmith Eziekiel Baker, accurate to 300 yards or more.
The Baker rifle was used by what were considered elite units during the napolenic time; it was a .61 caliber gun.
It could not usually be reloaded as fast as a musket, as the slightly undersized lead balls had to be wrapped in patches of greased leather, or more commonly greased linen, so that they would more closely fit the lands of the rifling but it was much more accurate than the Brown Bess musket used by the English Line Infantry.

Riflemen used two kinds of ammunitions: paper patches to fit tightly the barrel and even bare rifle balls when shooting in a hurry in battle, with an increase in speed of loading, but with diminishing accuracy. 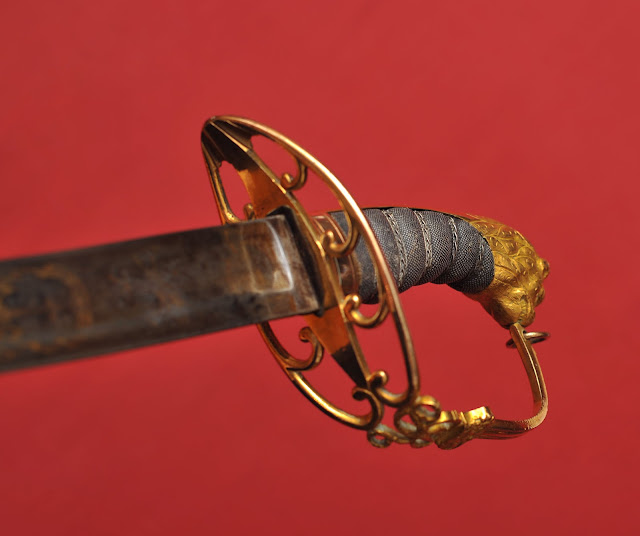 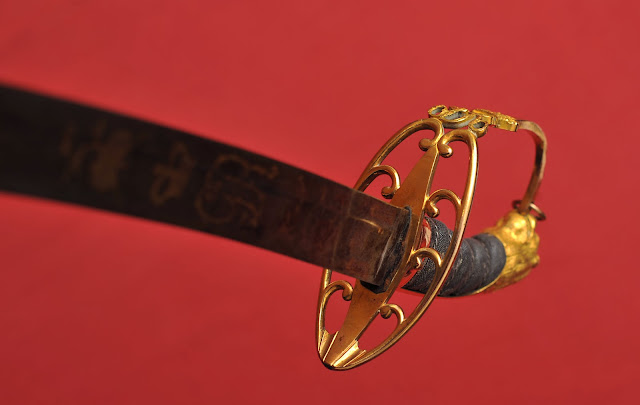 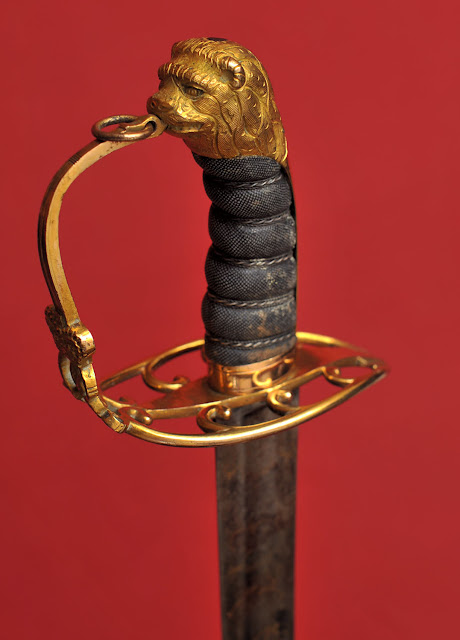 At the vanguard of these new ideas was Colonel Coote Manningham, a pioneer in creating British infantry units that specialised in skirmishing and reconnaissance. He dressed them all in jackets of green and placed them where they couldn't be seen and sent them in front.

Modem infantry tactics, combining dispersion" movement supported by accurate economical fire, personal camouflage and concealment, the effective use of ground, mobility, and above all the use of individual intelligence and initiative were all anticipated some 200 years ago.

His instructions consistently emphasized humanity rare for a time when oaths, blows and floggings were a custom. He also looked after the well being of his Riflemen's families at a time when the authorities did nothing in this regard.

The independant spirit is well representated with the TV english serie SHARPE. 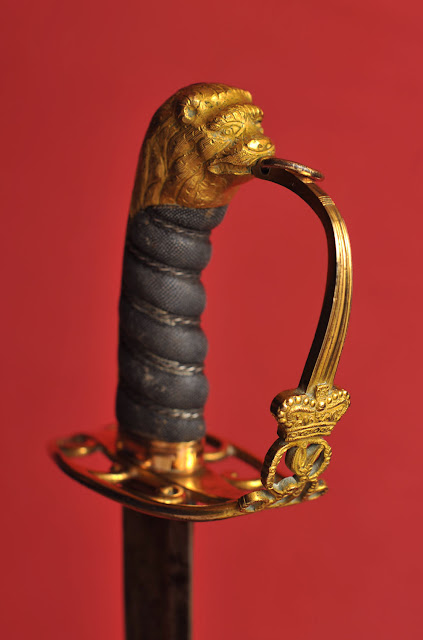 Tom was a real-life ‘Sharpe’, a remarkable man and reputedly the finest marksman among the crack shots in the 95 Th Rifles.

His disciplinary record was hardly but he was proud, witty, and brave and esteemed by his peers. All contemporary accounts agree he was a bold, fit, and athletic man with grey eyes and handsome countenance. But his name went down in the history of the Regiment for an amazing feat performed two years later during retreat from Corunna.

Tom raced ahead of the line and, lying on his back, he rested his rifle on his crossed feet with the butt under his shoulder, he fired at and hit a French General at an astonishing range, probably between 200 and 400 yards…Plunkett then shot the Trumpet, who had ridden to Colbert's aid before dashing back to the British line. It is said Plunkett received a cash prize for killing the french General. 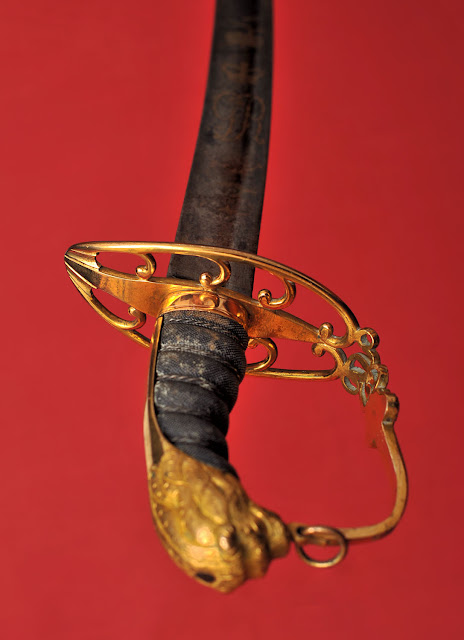 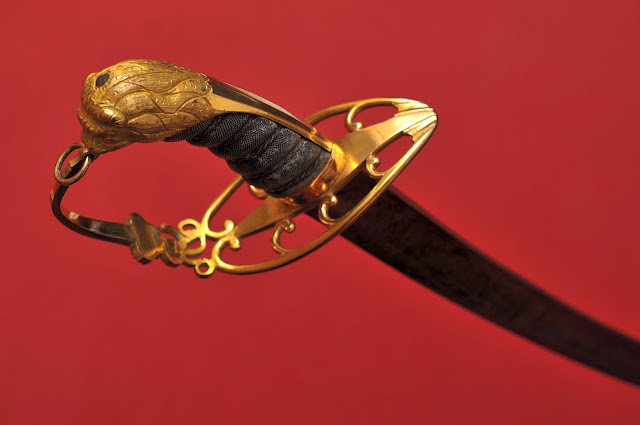