Offciers from the Highlands regiments did carry a basket-hilt sword with steel or golded copper hilt according to regimental preference.

Our blade is straight, double edged, spear point  with a single narrow central fuller on each side, engraved:


John Justus Runkel was a sword trader in Solingen then moved to London, 8 Tookes Court, near Chancellery Lane.

He became a British subject in March 1796, one year after his appearance in London directories.

By 1803, Runkel has risen to a key position in the blade importing trade.
Runkel did import blades and swords for England and America. 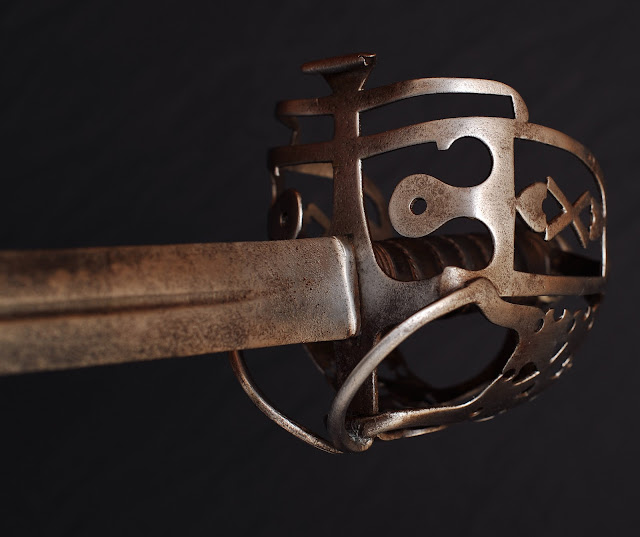 It is an officer sword, the troop was solely armed with a musket and a bayonet .

Outstanding steel hilt typical of the "broadsword" style. The scabbard must have been in leather and steel as it is an infantry weapon. 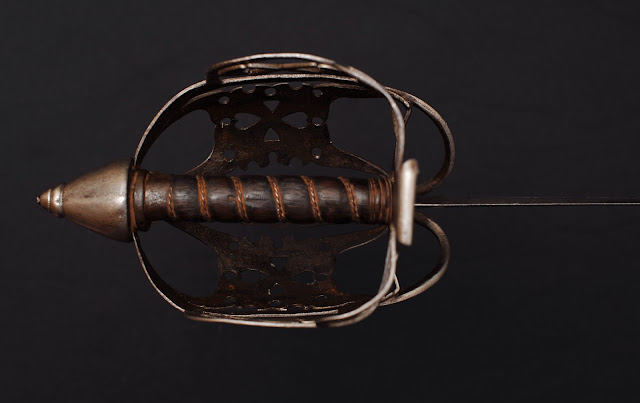