Grip in wood. Brass hilt with one branch and a folding back guar, engraved with a crown "N" on the branch. The shell guard has marked an imperial eagle and engraved "Garde Impériale". 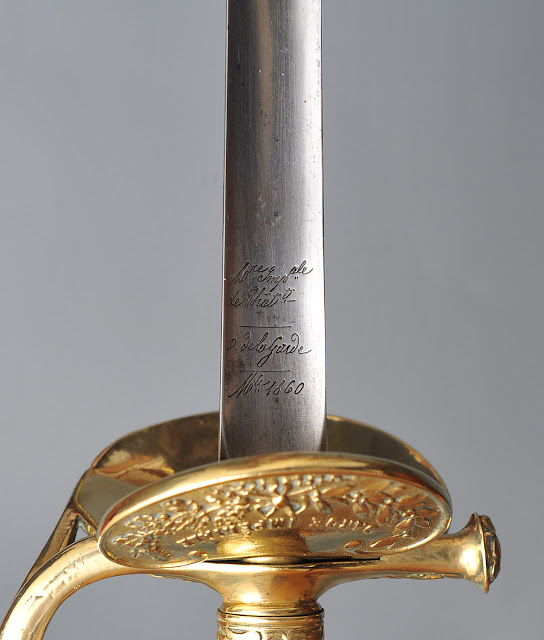 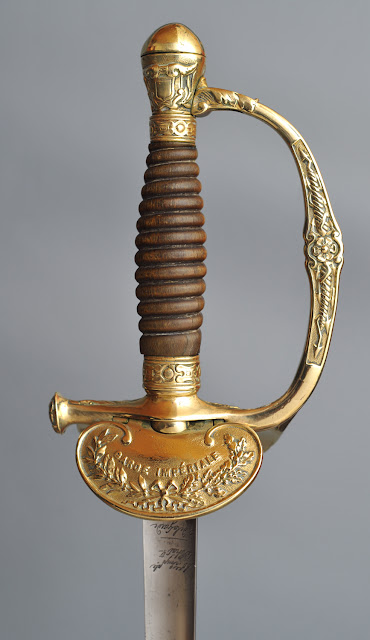 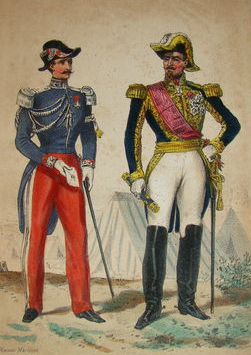 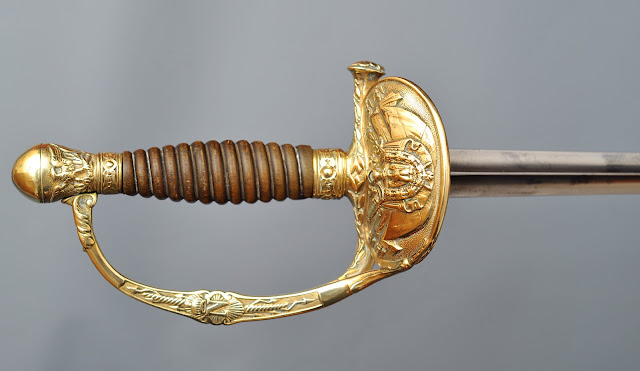 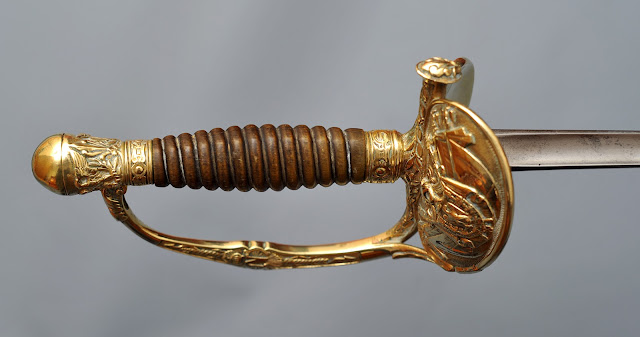 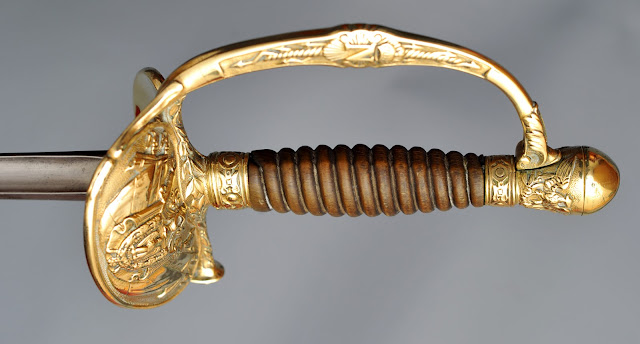 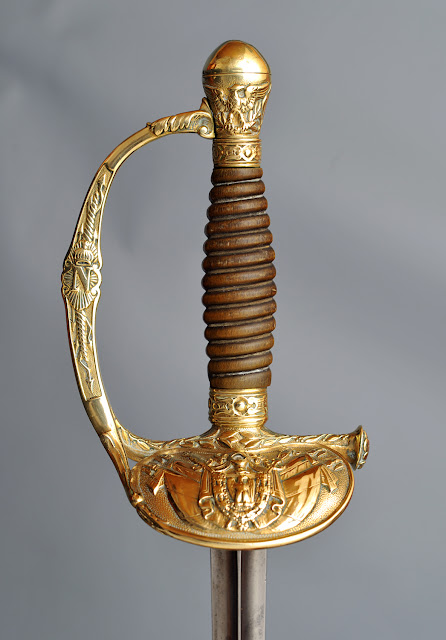 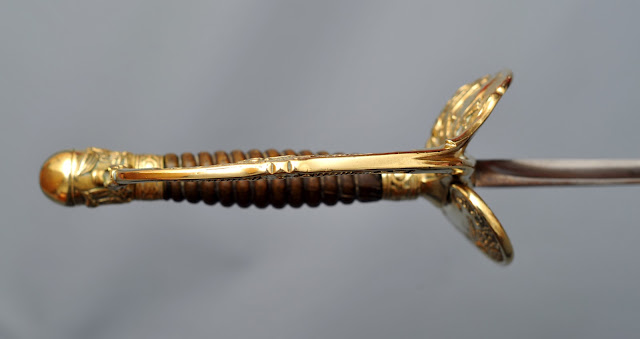 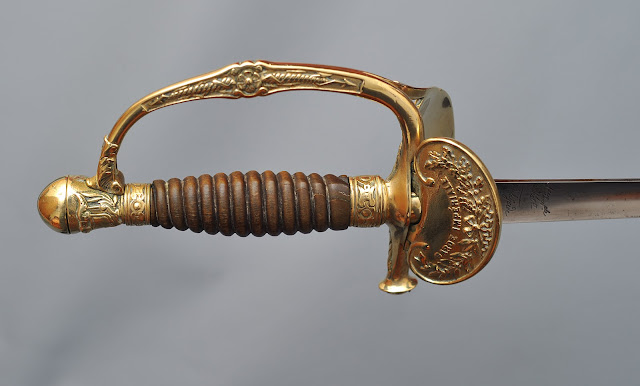 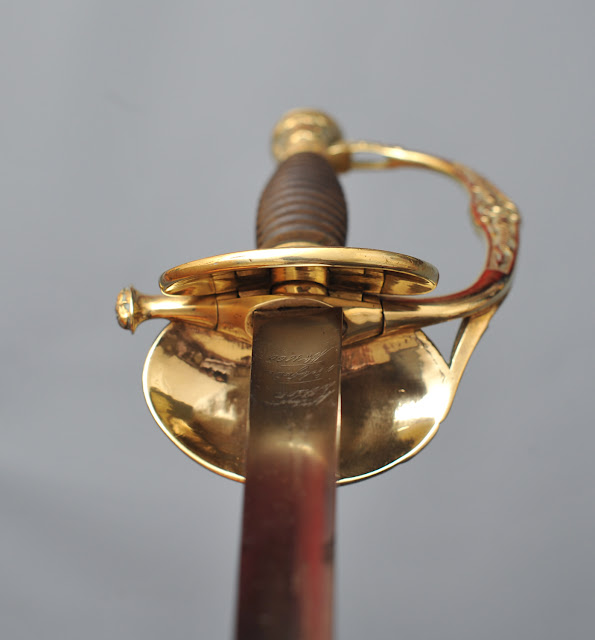 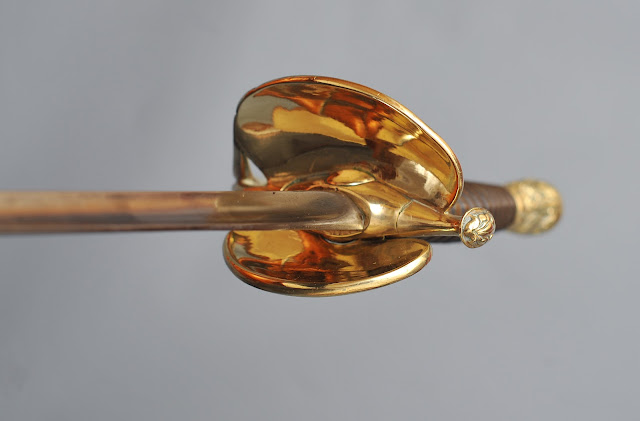 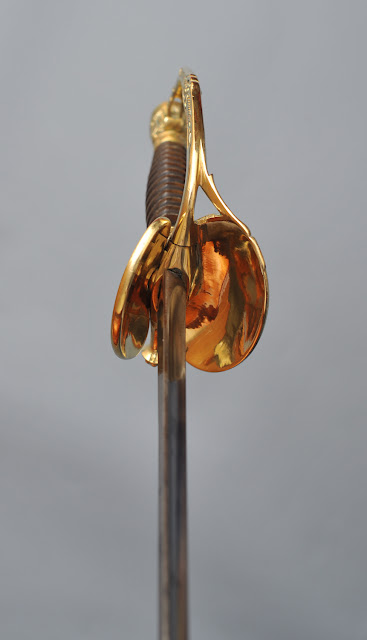 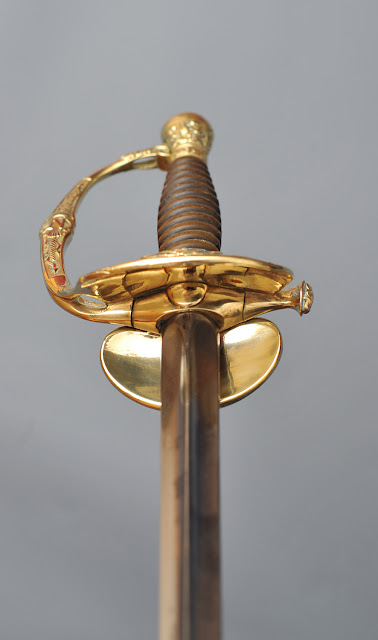 Louis-Napoléon Bonaparte,  Napoléon 1er nephew, will lead France from his coup in 1851 to1870, and the french defeat in the  Franco-Prussian war. This period is qualified as the French Second Empire.
With the demise of the Second French Empire, the Prince Imperial was exiled to the United Kingdom.


He joined the Royal Military Academy, Woolwich. After the outbreak of the Zulu War in 1879, the Prince Imperial, with the rank of lieutenant, went to the Zulu war where he died the first of June 1879...he was 23 year old!
...he rests at Saint Michael's Abbey, Farnborough, Hampshire.