The dress sword for Heavy Cavalry officers is a much smaller and lighter weapon than the battle sword, having a knuckle-bow, ovoid pommel and boat-shell guard in gilt brass. 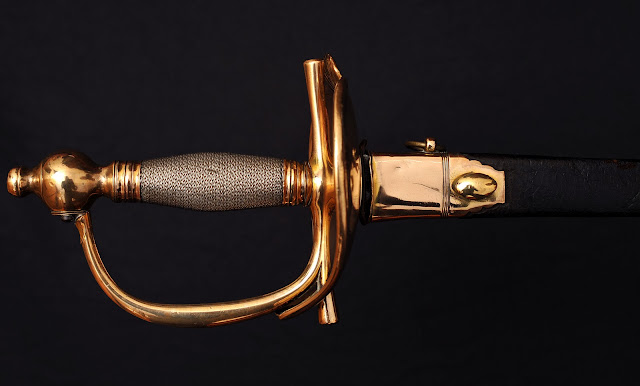 The dress sword usually had a leather scabbard with gilt brass mounts, however, a number of examples exist of swords with iron service scabbards, suggesting that some officers may have employed the dress sword in the field. 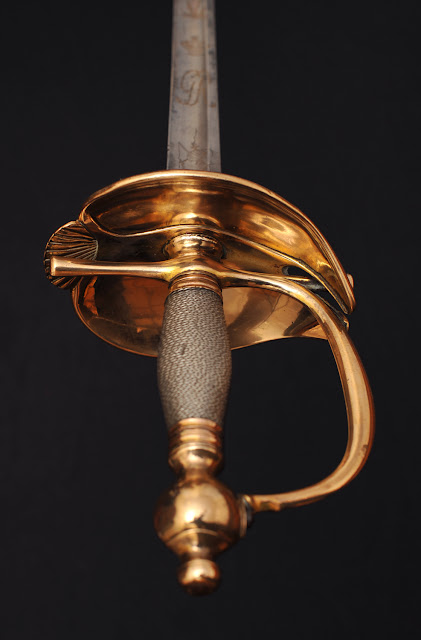 The blade is much shorter and narrower than the service sword's, and usually double edged with a short narrow central fuller each side.
It is etched and gilt at the forte with martial trophies, folia. Also is featured the cipher of King George III “ GR” and “Dieu et mon droit".
The grip is covered with a silver beautiful complicated wire. 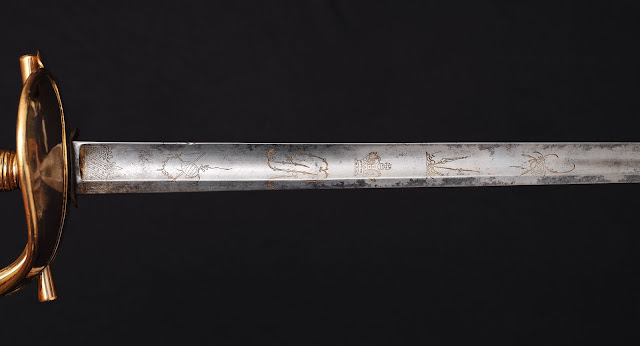 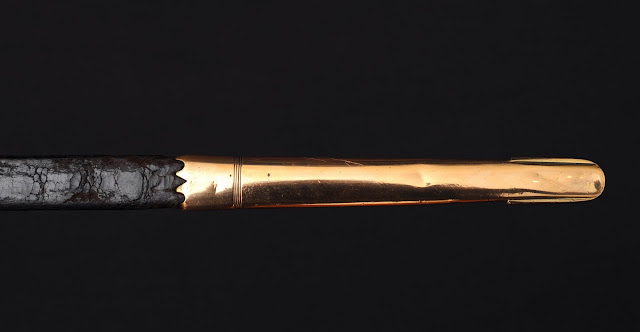 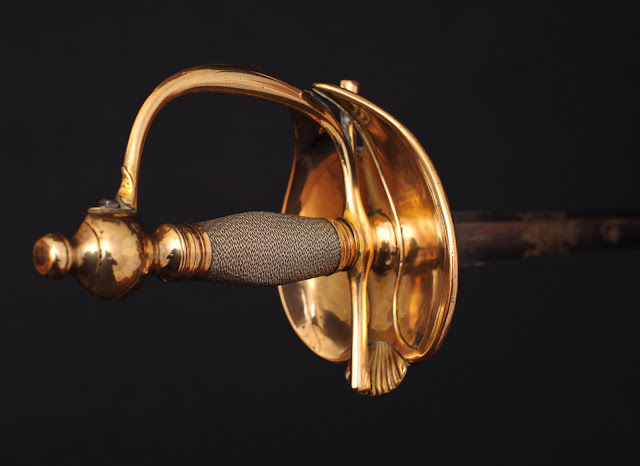 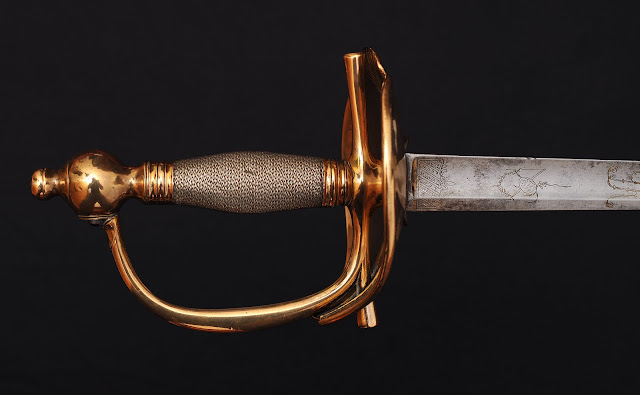 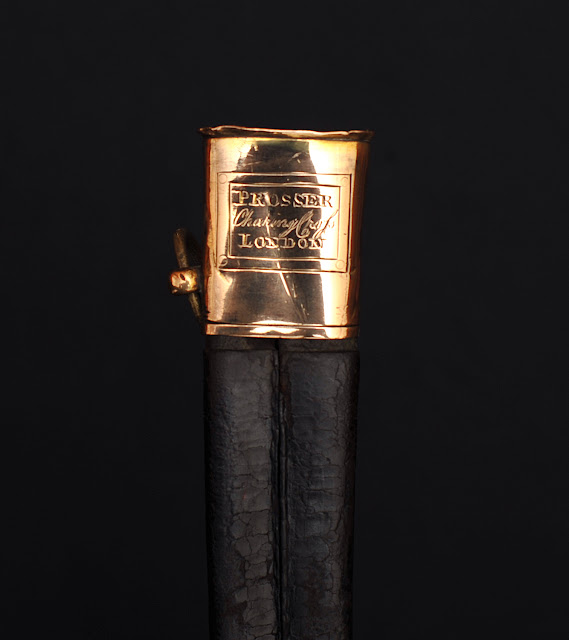 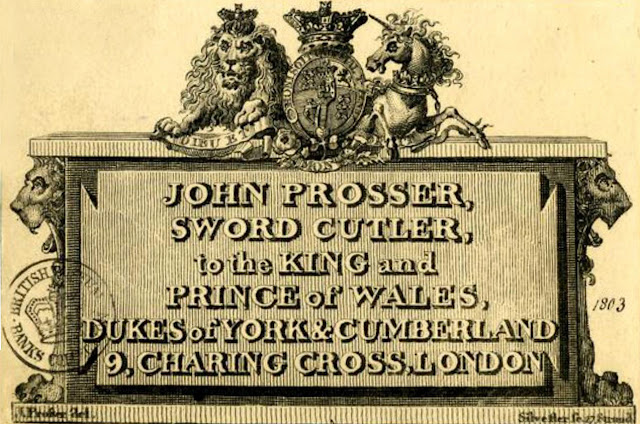 The leather scabbard is engraved at the back "Prosser Charing Cross London".

By 1798, Prosser had been established for three years as the successor to the Royal sword cutlers, James, Thomas and Mary Cullum, at 9 Charing Cross. His shop's situation, close to the Admiralty and the Horse Guards, the Board of Ordnance offices and the premises of numerous naval and military agents, would have attracted clients who would regularly have passed it on their way to appointments some would have left those appointments with bank drafts in their pockets or promises of advancement ringing in their ears and, as such, be ready to spend money on an appropriate new sword or dirk.

Prosser had held a Royal warrant as sword-cutler and belt-maker to King George III since the 9th of July 1795.
He regularly supplied weapons to the War Office as well as being an innovator in the design of sword hilts and influential in changing the patterns of sword laid down for officers of both the Royal-Navy and Army. 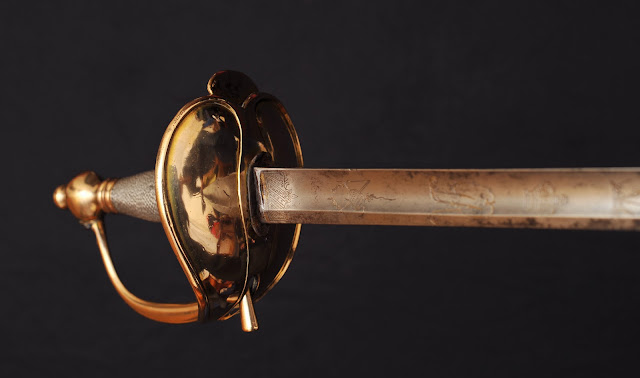 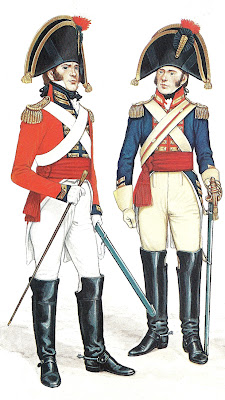