This an early Napoléon period sword, known as the Directoire then Consulat circa 1795-1800.

It is a typical hussar or chasseur officer sword.
Nice lion head pommel from the Revolution fashion, typical also of some british swords. 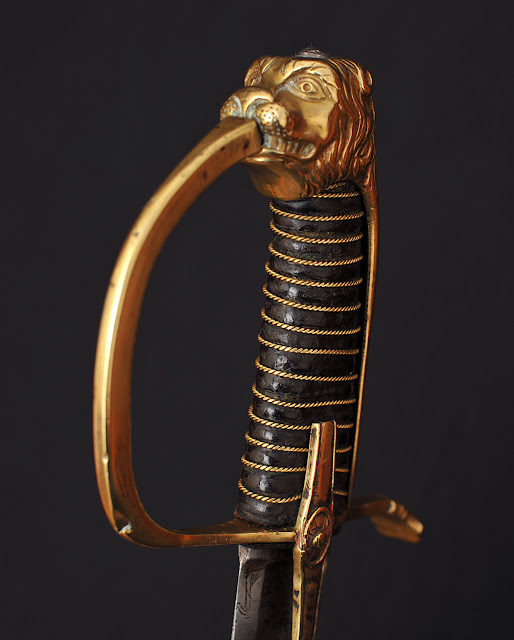 Single copper branch with a lovely Lion head pommel with two hexagonal languets on each side of the blade.
The cross-guard or quillon finishes like a lion paw.

The scabbard is in leather with two large copper mounts, and two suspension rings. It is largely ornate with foliage, web and shells designs. 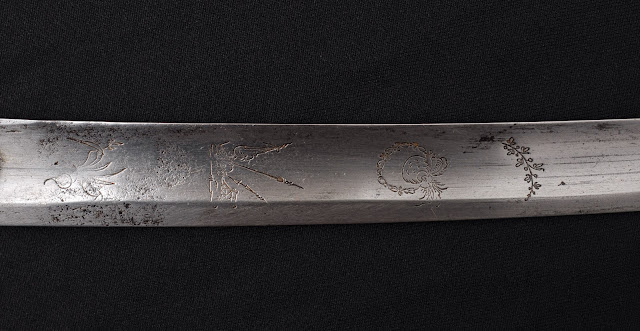 According to light cavalry habits, the steel blade is curved and ornate with military patterns and foliage.
Near the guard is engraved “JSB” standing for Johann Schimmelbush, sword maker, established from 1780 to 1800 at Solingen.

Most swords made right after the 1789 french revolution were poor quality swords.
Napoleon reorganise the supply and later will create famous swords model such as the AN IX for the light cavalry. 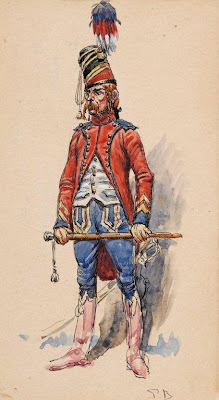