According to the french weapons expert Christian Ariés, this type of sword is often attributed to the Imperial Guard's scouts, the Éclaireurs of the Guard, created in 1813 after the return of the Napoleon Russian campaign.
But it was seen also in the hands of Light Cavalry Officers.

The  Éclaireurs of the Guard were the Corps of cavalry scouts of the French Imperial Guard, created by Napoleon when he reorganised the Imperial Guard, following the 1812 campaign in Russia disaster.
The Corps was created in Article I of the decree of 4 December 1813.
The 1st regiment was divided into the Old Guard and Young Guard squadrons, with the first two wearing uniforms of the hussars, also sometimes known as Hussards Éclaireurs, and the others wearing a coat similar to the Chasseurs a Cheval.
Although half of the Éclaireurs were armed with a 2.75m long lance issued in 1812 to the line regiments, and the rest with carbines; the regiments were rarely employed as lancers in battle, more usually acting as scouts for the Army as a whole.
The regiments, due to the scouting role, were not issued Imperial Eagles. 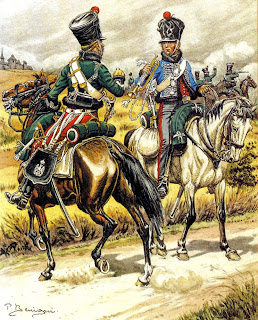 Eclaireur from the Second  Regiment by Benigni

The 1st Regiment of which was attached to the Horse Grenadiers, and was thus sometimes called the regiment of Éclaireurs-grenadiers. 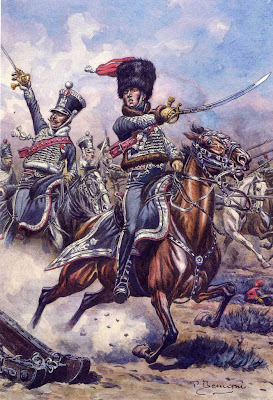 Colonel Claude Testot-Ferry 1er Régiment d’Eclaireurs de la Garde Impériale at the battle of Craonne and Arcis-sur-Aube.  He received  22 sword cuts during the battle but got the victory.

The second regiment was attached to the Dragoons of the Guard, and because of this also referred to as Éclaireurs-Dragons, had scarlet regimental distinctions.
For its formation the regiment was allocated officers and NCOs from the 20th Dragons of Line, 3rd and 7th Lancers of the Line while the troopers came from postilions of the Empire, the horse team drivers employed by the Government. 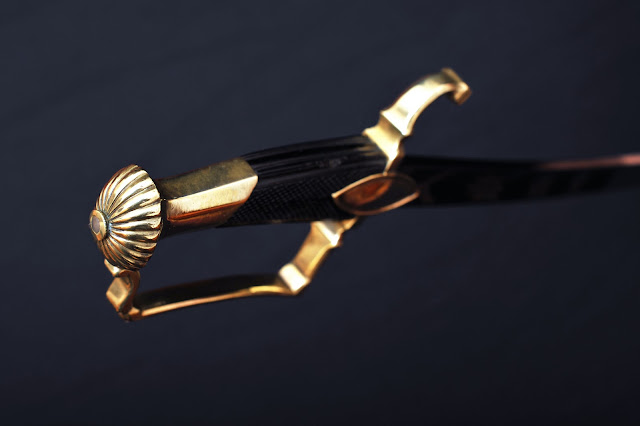 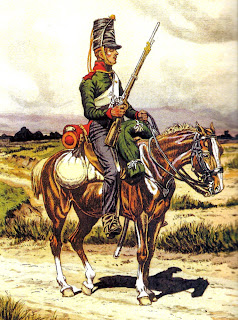 Eclaireur from the Second Regiment by Benigni 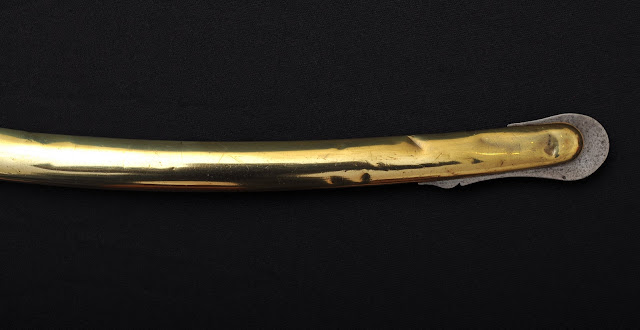 The sword has a 79 cm blade for a weight of 0.62 kg without scabbard. It 's a very light weapon, well balanced and effective.
Brass scabbard with a lovely shape steel tip. 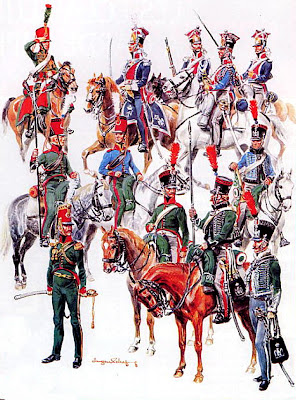 All Scouts Regiments from the Imperial Guard 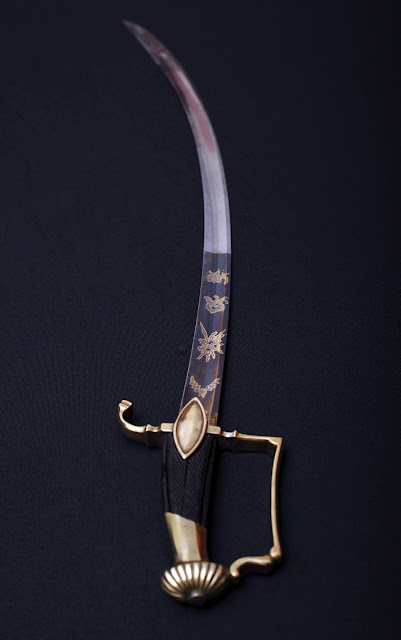 The third regiment was recruited from Polish cavalry line regiments serving with the French Army, and was attached to the 1st Lancers of the Guard, also a Polish regiment.
In 1814 all three regiments were transferred to the line cavalry, and disbanded following Napoleon's abdication. 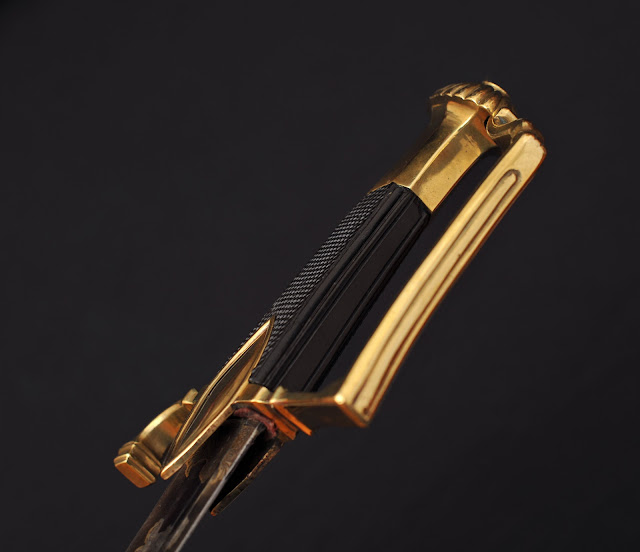 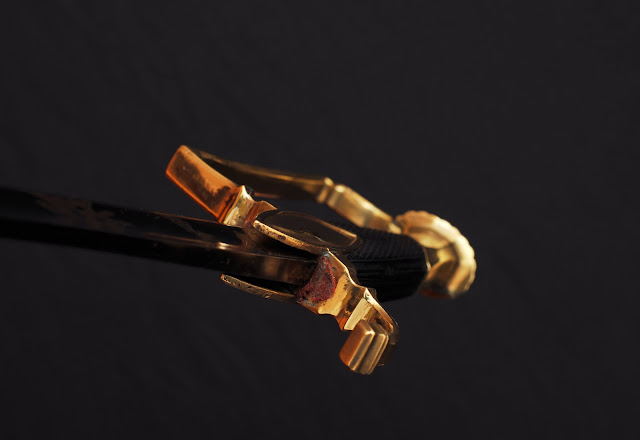 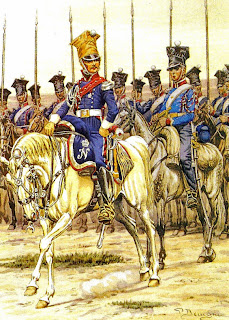 Eclaireur from the Third Regiment by Benigni