On January 18, 1822, the Committee of cavalry decided unanimously in favour of a curved sword for the entire cavalry, Light and Heavy, using a Montmorency type blade.

This option for a curved blade was chosen on the assumption that this blade was also effective in the thrust and to minimize the number of regulatory model, which was the goal of the reform.

The heavy cavalry, unique in the world, got a curved blade. 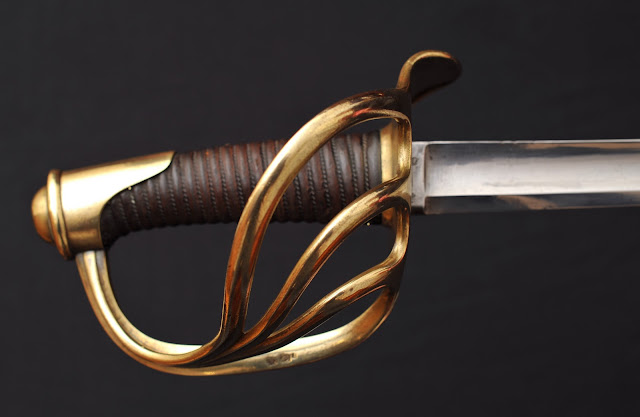 It is the sword of all Dragoons, Cuirassier, Carabiniers during the Crimean war, the Mexican expedition, the Prussian war and the colonial wars.

Three bar hilt moulded in one piece for extra strength.
Brass hilt including a main branch with two lateral branches converging on the bare arch joint, short-tailed pommel cap .
Shell guard ending like a "beak" without a quillon. 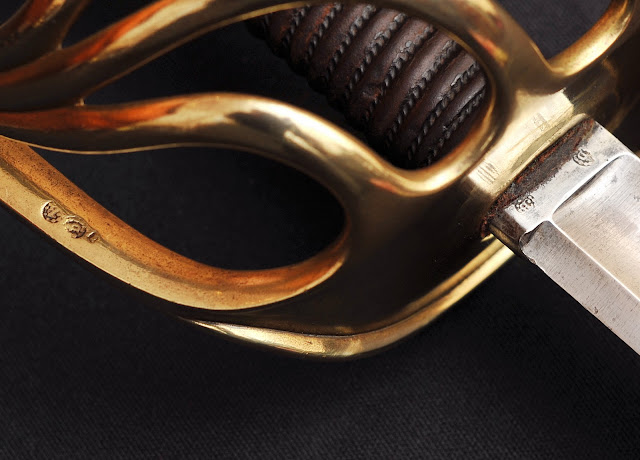 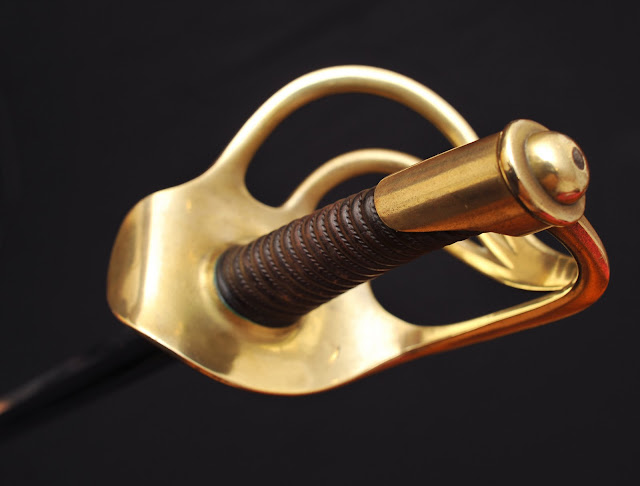 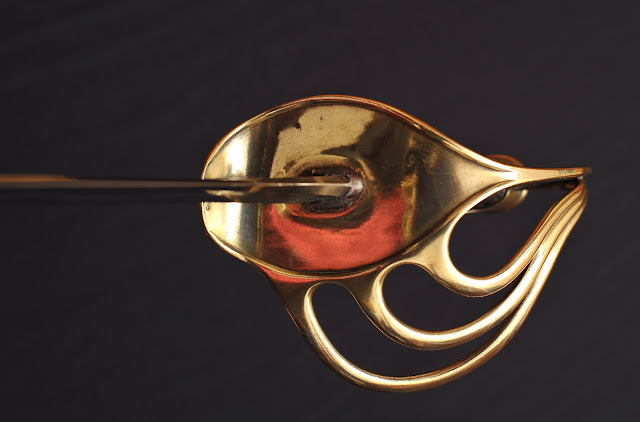 This heavy cavalry sword in 1822 was called "bancal" maybe because it was considered as poor in points and weak in size, like a wobbly chair. 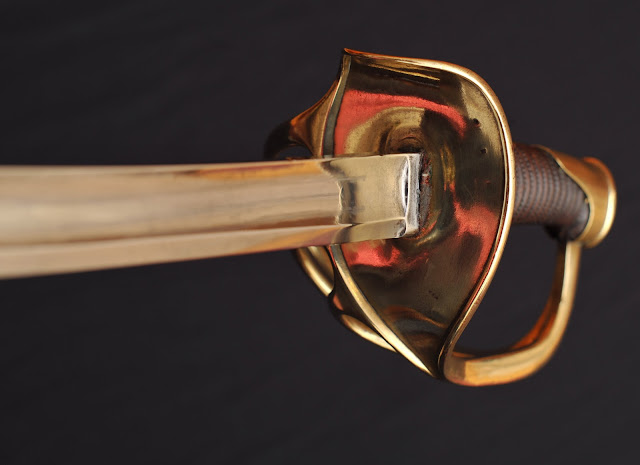 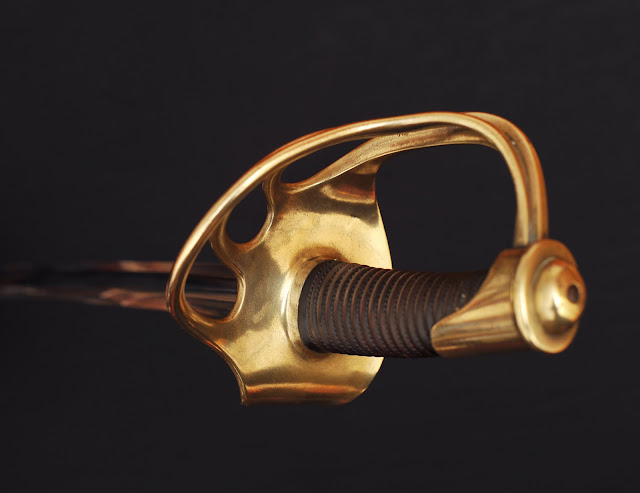 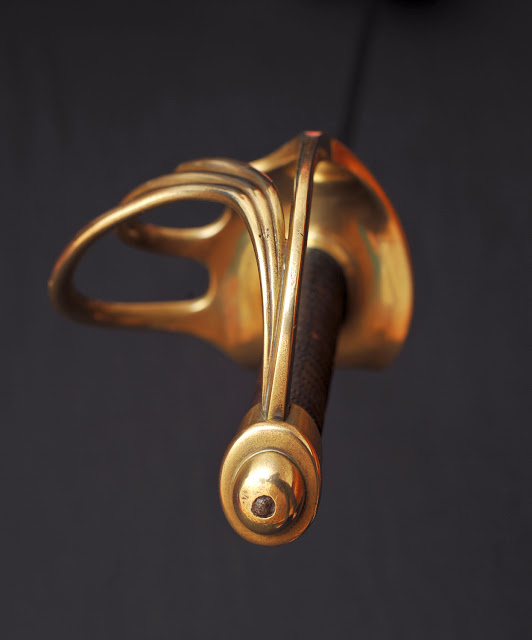 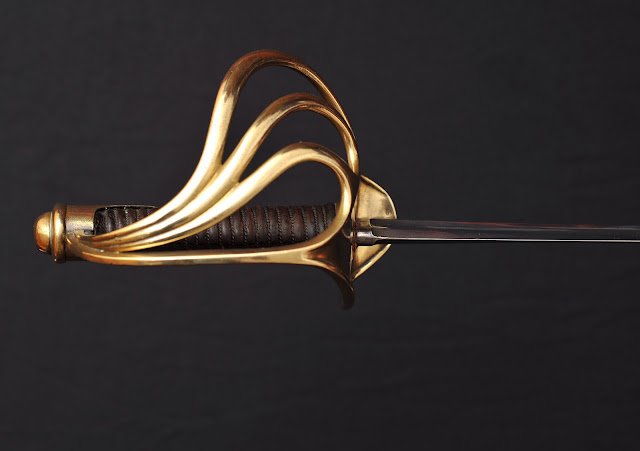 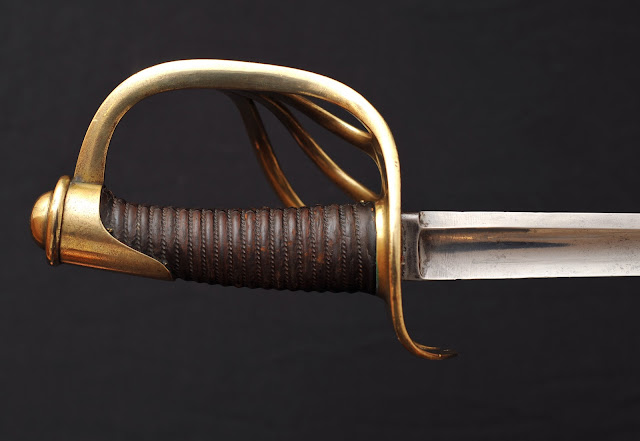 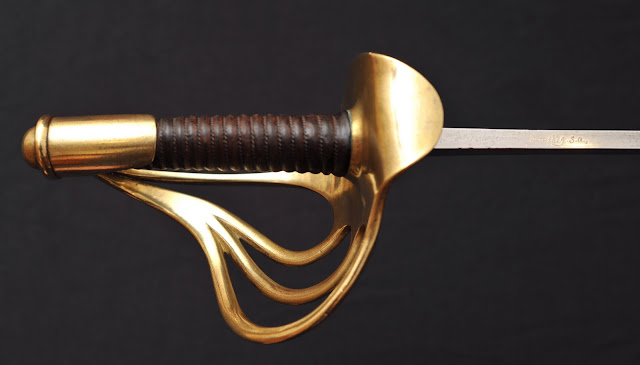 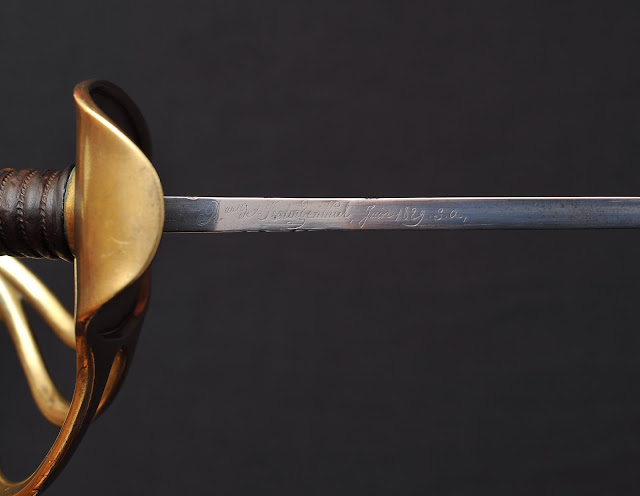 This sword remains the only experience of a curved blade for a heavy cavalry sword.

The blade called a la "Montmorency" (blade assigned to 2nd "Chasseur " (1799), old regiment of Dragoon Montmorency and the Evéché (1788)

This regiment gained regulatory authorisation to wear the blade after the battle of Marengo  (Decreed on 18th August 1802 ), preferred to the blade of the sword model An XI which was considered too broad. 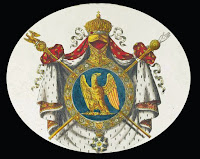