This a light cavalry officer saber with "à la Chasseur" hilt from the Napoléon Grand Armée.

It has a three branches copper guard with two languets and a long quillon.

Mounted offcier from the artillery did love this sword pattern. 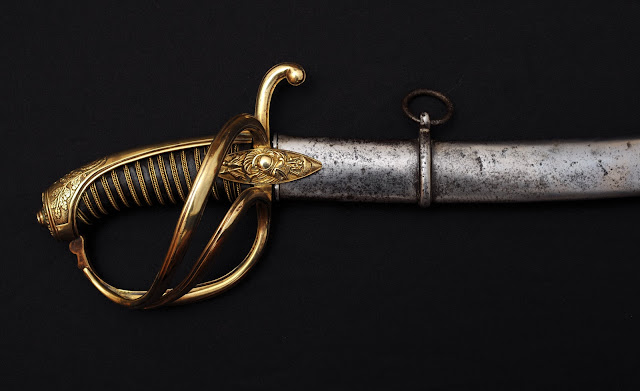 Two languets with Athena helmet and military attributes on one side and oak and olive tree foliages on the other side. 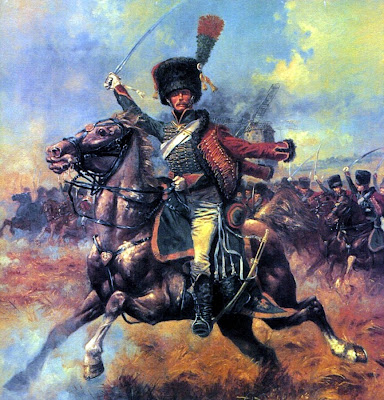 Double edged curved blade  with a clip-point.
Lots of combat wears on the blade.

Lovely balanced and curved sword for a young french Light Cavalry Officer of the Grande Armée. 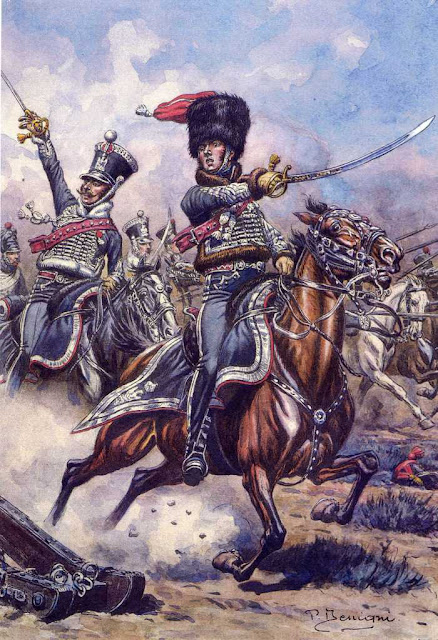 Colonel Testot-Ferry from the First Régiment d’Eclaireurs of the Imperial Guard at the battle of Craonne and Arcis-sur-Aube, using the same type of sword.


The hilt "à la Chasseur" became a very popular sword pattern for lower officer after the creation of the sword AN XI for the light cavalry...the weathier superior officers often did prefer to carry old style hussar sword with one branch hilt Hungarian style.

On this hilt remain, from the ancient hungarian pattern, the double languets to fit the blade with the scabbard.

This type of sword will be produced throughout the XIX century...even the latest pattern for officer the 1974 sword pattern is the saber "à la Chasseur" with languets!

The Oak is a symbol of endurance, durability, purity and constancy.

It is said the oak celtic name "dervo" or "duir" gave birth to the word Druid, the celtic member of the priestly class.


The leafy branches of the Olive tree are a symbol of abundance, wisdom, glory and peace.

They were often used to crown victors with the laurel. Some were even found in Tutankhamen's tomb.

Goddess Athena is often represented with an Olive wreath on her helmet and an amphorae with olive oil. 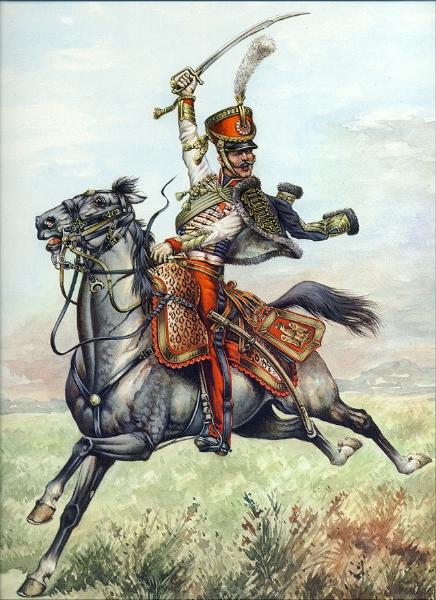 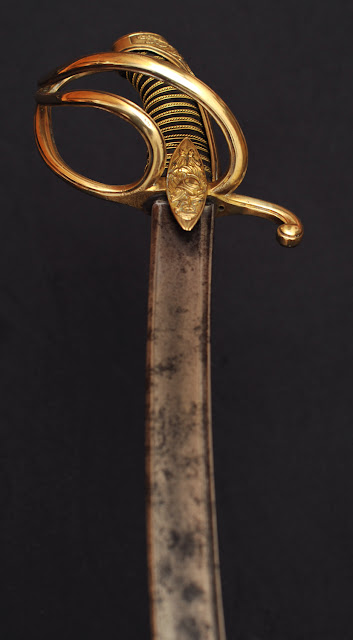