This the sword created for all light cavalry regiments of the Napoléon Grand Armée.

The AN XI saber for the chasseurs, hussars, lancers.
The equivalent of the english 1796 Pattern saber for the Napoléon Grande Armée.

The French An XI light cavalry sword takes its designation from the Revolutionary Calendar used in France from the declaration of the Republic on 22nd September 1792 (Day 1 of Year 1) until the Gregorian calendar was restored by the Emperor Napoleon in January 1806. 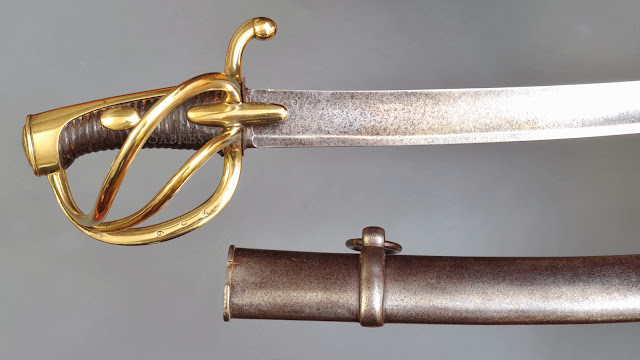 The three bar guard flows well into the rest of the hilt.  The pommel back strap piece has a slight tilt forward to complete the hilt elegance.

This sword was manufactured at Klingenthal. It has a leather-wrapped grip without twisted wire and two olive shape nuts to maintain the grip, an Hungarian heritage from the old Hussars swords.
Very heavy duty weapon for all Light cavalry, Hussars, Lancers, Horse Chasseurs.
Used during all Napoleon campaigns.
It weights 2.53 kg with scabbard and 1.21 kg without.
The blade is 87 cm long and 3.7 cm wide 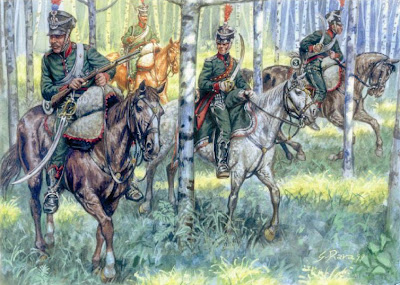 Reconnaissance in the wood by Giuseppe Rava © 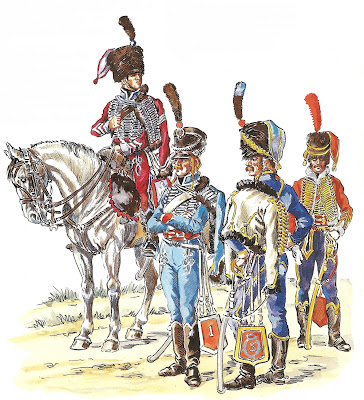 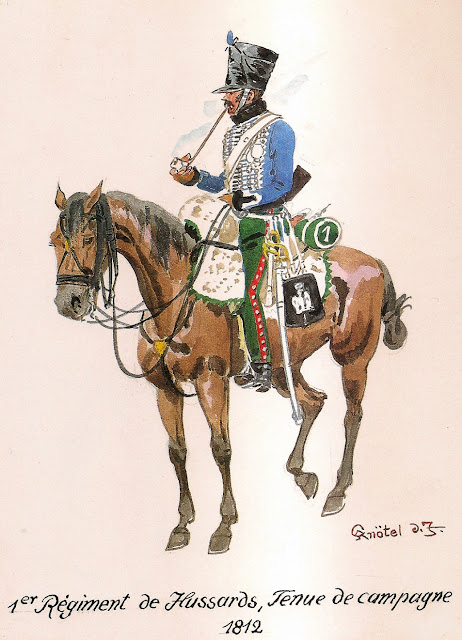 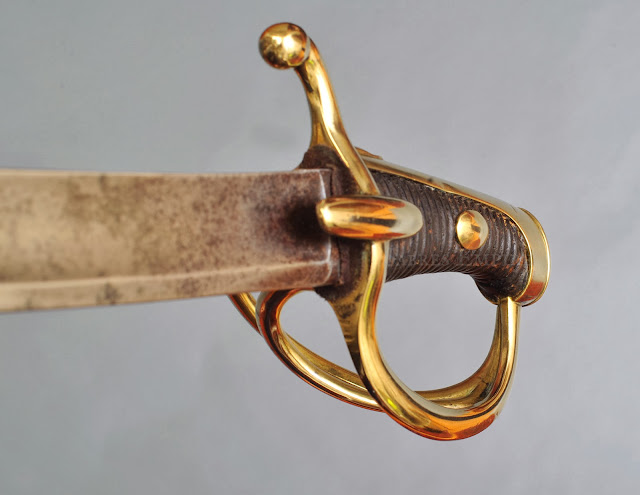 Although new models of light cavalry sabre were introduced in 1816 and 1822, it is clear that the An XI remained in use for a considerable period after it was officially superseded.
Blades dating from 1824 and 1830 have been observed by the author and the sabre is mentioned in the "Journal Militaire Officiel of 1845 as still being in service.
The current model French sabre F1 is also a modern day copy of the Year 11...and Marshall Lyautey was carrying an old AN XI in 1925!
156 000 swords AN XI will be produced during the First Empire and 25 000 AN IX, the former pattern. 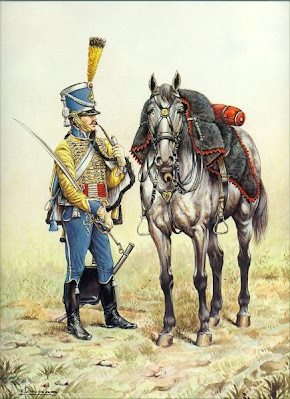 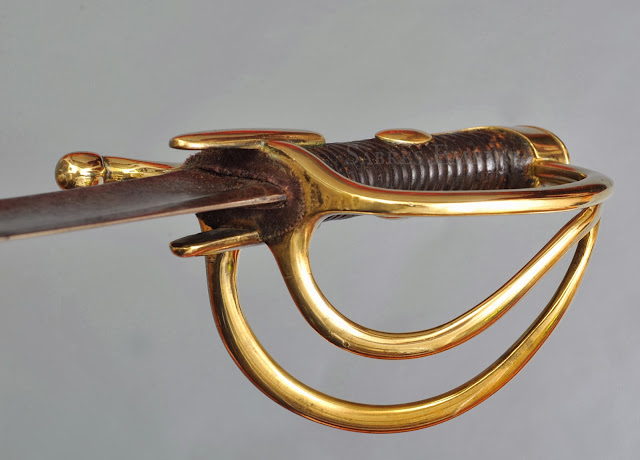