This cavalry basket-hilted sword called Wallonne in France or Walloon is a weapon originating from the 16th century in Northen Europe countries, rising to popularity throughout the 17th century and remaining in widespread use until 1730.

Walloons swords were used by infantry with 75 cm medium size blades or by cavalry with longer blades. 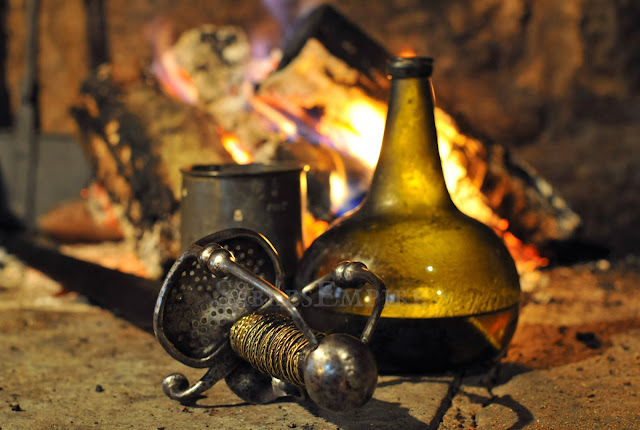 Our sword seems to date from the beginning of the 17 th century from France or Germany. 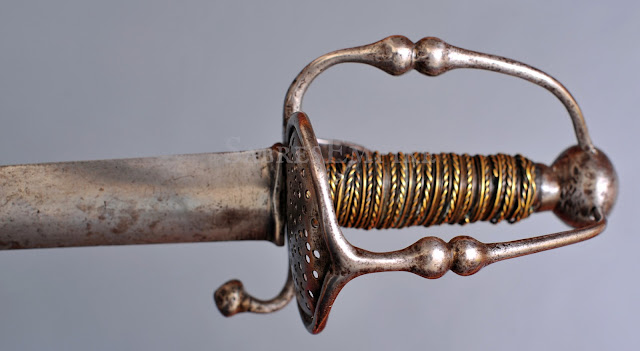 The hilt is typical of the Walloon swords with two large side-rings  filled with two plates.
The largest one pierced with small holes and the second plain with a large thumb ring.

The original leather scabbard with metal mounts did not manage to  survive the years.

Originally it seems that these swords showed up in the Netherlands around 1640 during the Thirty Years' War (1618–1648).
It  was a series of wars principally fought in Central Europe, involving most of the countries of Europe.
It was one of the longest and most destructive conflicts in European history, and one of the longest continuous wars in modern history.
Nobody knows for sure why they were called Walloon swords…it seems that name was coined by 19th century collectors! 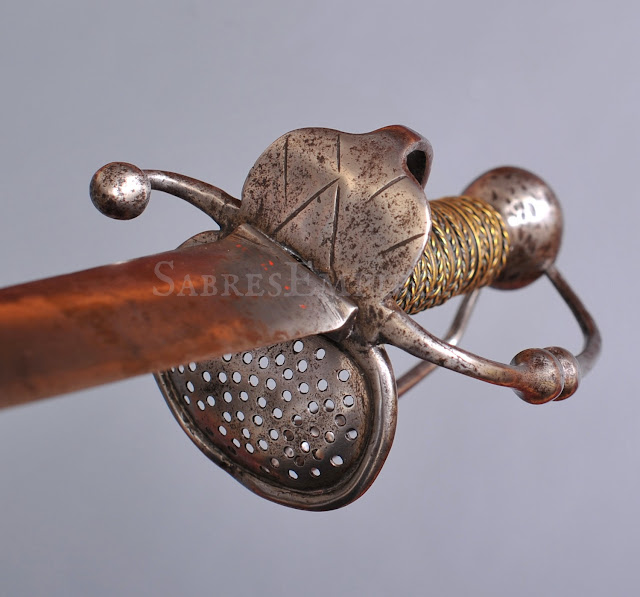 Most  European countries did use broadsword at that time…

The basket-hilted sword or broadsword was a heavy military sword, contrasting with rapier, the light sword worn with civilian dress which evolved from the “espada ropera”.

Since the blade of the rapier had become very narrow and thrust-oriented…the heavier blades became known as "broadsword". 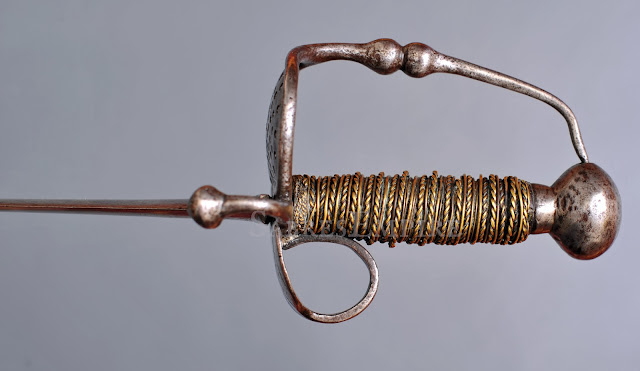 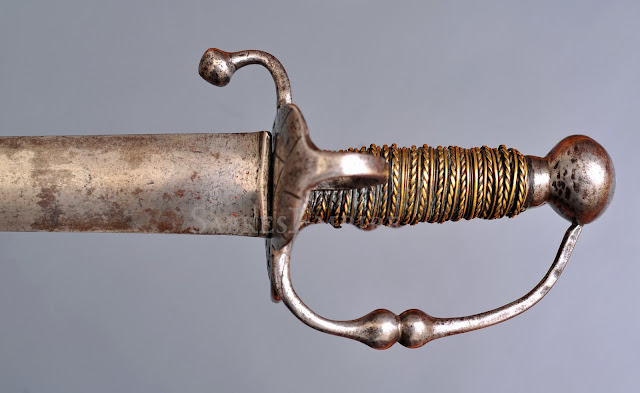 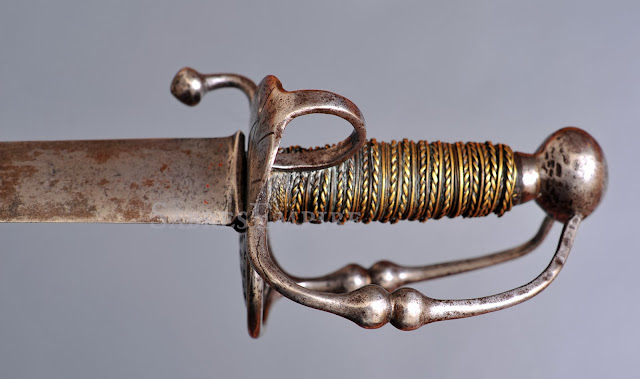 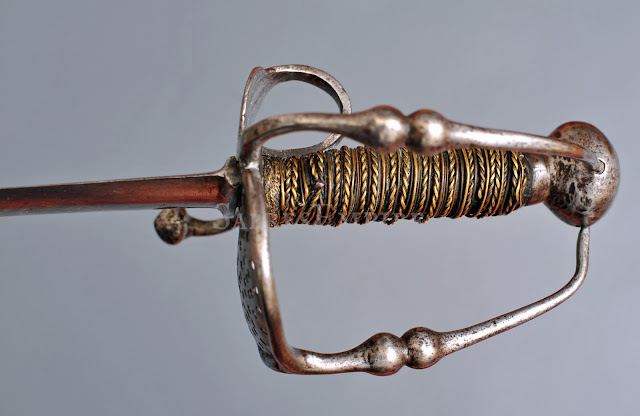 By the 17th century there were regional variations of basket-hilts:

- The Schiavona in Italy (Venise)…

- The Mortuary sword or Hounslow swords in England during the english civil war, along the Lobster helmet and the buff jacket.

- The Scottish broadsword such as the one displayed in our collection.

These swords were mostly produced domestically or acquired through trade with Italy and Germany. They  will influenced the 18th-century cavalry sabre…along the curved Hungarian hussars swords. 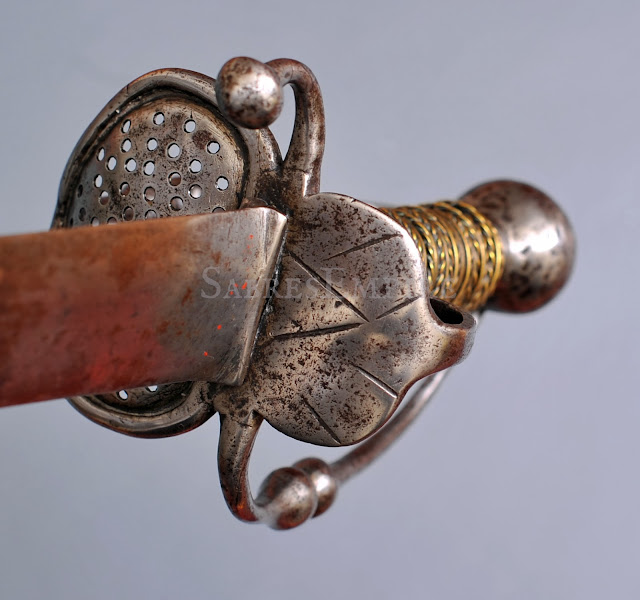 The  very first French regulation sword was a Walloon sword.
Impressed by the quality of these Northern Europe produced broadswords.


A great quantity of these had been ordered by the king in Solingen, following an edict of 1679 imposing a common weapon for all the cavalry, just after the war in Netherlands indeed.


According to the french ordonnace:

The Marquess of Louvois will equipt the french troops with a sword costing less than 100 "sols"...and according to his orders will be created the first french regulation pattern called the 1679 pattern.

Christian Aries, a french swords expert, stated than the following model is the original pattern but no text or drawing confirm the hypothesis.

During the 18th century, the fashion of dueling in Europe focused on the light smallsword, and fencing with the broadsword came to be seen as a speciality of Scotland.

The smallsword is instantly recognizable for its hilt, typically featuring an 8-shaped plate, a single short quillon, two small arms (that get progressively smaller in the course of the 18th Century and called "à pas-d'âne") and a knucklebow.

The hilt,compared to the rapier’s, was simple and smartly functional, consisting of no more than an elliptical plate, or two shells and a light knuckle guard. This was the sword for duels. (visit the  our collection's small swords)


Around 1730…the broadsword became out of military fashion…replaced by curved sword with Hungarian hussar heritage. 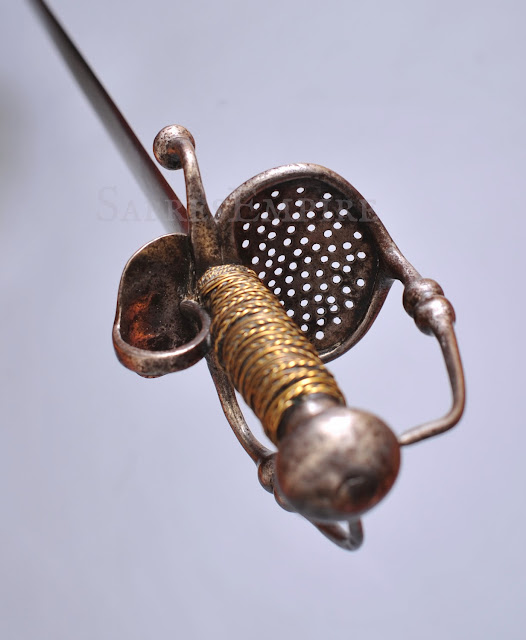 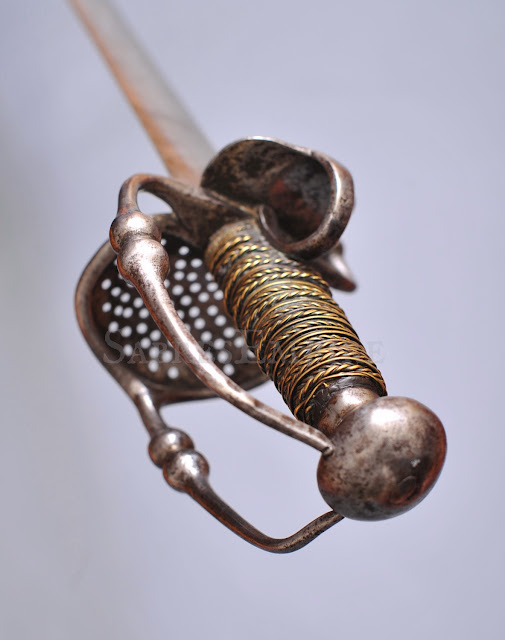 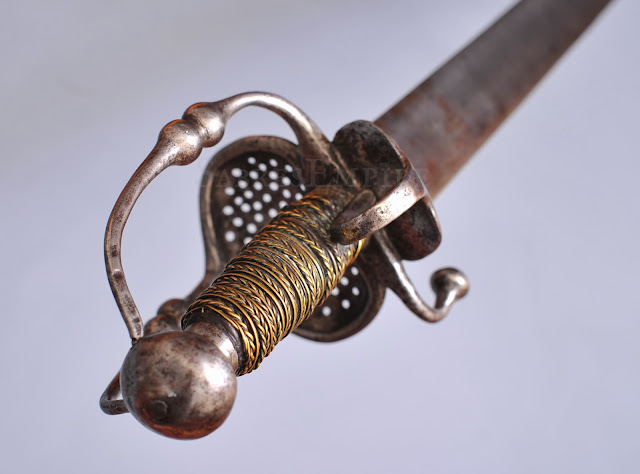 Some regiments in France such as the Gendarmerie royale will keep their Walloon until 1789…the French Revolution!